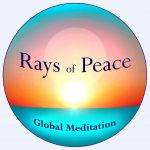 The United Nations refugee agency, UNHCR, states that there are 70.8 million people around the world who have been forced from their homes.  Fleeing violence, persecution, poverty, war and disaster, many are displaced within their own country.  There are also almost 25.9 million refugees and more than half are under the age of 18.  Vulnerable children are at risk of exploitation, violence and abuse.  Two thirds of refugees have been displaced for more than five years.

The UN states that 40,000 people have arrived in Europe by sea during 2020 and more than 400 people have died trying to cross the Mediterranean from north Africa.  Refugee camps face extreme difficulties.  In recent days, on the Greek island of Lesbos, fires destroyed the overcrowded Moria camp.   Nearly 13,000 people have been left without shelter or sanitation, amid chaos, confusion and rising tensions.

In the United States, about 8,800 unaccompanied children have been expelled along the Mexico border under a pandemic-related measure, which authorities have said has effectively ended asylum.  The Trump administration has expelled more than 159,000 people since the emergency order took effect in March.  It is also reported that the Trump Administration is considering postponing refugee admissions for the next fiscal year.

Asking for assistance, care and relief for refugees worldwide.

Please connect during the coming week for a short meditation
to provide a positive flow of energy, assisting those in need around the world.

Here you may listen to the Peace Tones to accompany your meditation:

Connecting with a weekly focus

Joining together with others worldwide

Asking for assistance for all those in need on earth

Sending waves of positive energy throughout the planet

Focusing collectively on peace and harmony to make a real difference